”A great virtuoso of the piano”

"The golden age of pianism comes to mind when I hear Konrad Skolarski playing."

"It is very seldom to hear a musician who can conjure up such lush, singing and richly shaded sound. (…)His lyrical-dramatic interpretations are very personal and one will remember and recognize them even from thousand other pianists."

„He is a world class musician with a distinct voice, astonishing technical ability, beautiful tone and charismatic personality. (…) one of the leading pianists in the world today.”

As a concert pianist, Konrad Skolarski is known for his extraordinary technique and recognizable own style of interpretations, as well as for interesting and sophisticated piano repertoire. Among the most recent highlights his rendition of Rachmaninov Piano Concerto No.2 under Mikhail Jurowski in Polish National Philharmonics, recitals at the 20th Beethoven Easter Festival, 30th Izmir International Festival, Beethoven Piano Concerto No.2 under Avner Biron (Camerata Jerusalem) are worth-mentioning. In November 2017 Konrad Skolarski gave a very successful tour in the US, performing recitals in New York and Buffalo, as well as 2ndChopin Piano Concerto with Buffalo Philharmonic under the baton of Maestra JoAnn Falletta. His performance of Chopin 2nd Concerto there was acclaimed as “revelation” and “a hit” and was included in the promotional CD of Buffalo Philharmonic Orchestra. In April 2017 the pianist performed the Polish premiere of Rodion Shchedrin 1st Piano Concerto with National Polish Radio Symphony Orchestra in Katowice under the baton of Alexander Humala.

Skolarski started to learn to play the piano at the age of 4 under Professor Marek Mizera. At the age of 9, he performed Concerto in F Minor by J.S. Bach with the famous Concerto Avenna orchestra. At the age of 13, he became a laureate of the Professor Ludwik Stefański’s Competition for Young Pianists. Between 1995 and 1998, he studied under Janusz Olejniczak. He developed his skills during private and master classes with such famous musicians as: Alexander Jenner, Sergio Perticarolli, Hiroko Nakamura, Oxana Yablonskaya and Vladimir Krainev. Between 1998–2005, he studied under the Russian pianist Olga Rusina. In 2001 he won the 1st award at the 3rd International P. Tchaikovsky Competition in Spain (Huesca). In 2002 he recorded his debut album including pieces by Fryderyk Chopin, Franz Liszt, Sergei Rachmaninoff, and Sergei Prokofiev. The album was released by the Universal Company in 2005 and received very favourable reviews.

In 2007, Skolarski graduated from the Fryderyk Chopin Academy of Music in Warsaw, class of Professor Alicja Paleta-Bugaj, and in the period of 2007–2010 he was a student at a master class of Pavel Gililov (postgraduate studies: “Konzertexamen”). While working under many Russian pianists and pedagogues, Skolarski had a chance to familiarize with the two centres of the famous Russian piano school – the “Leningrad” school and the “Moscow” one. Since 2010 Skolarski has been a student of legendary Prof. Peter Feuchtwanger, the mentor of many distinguished pianists, including Martha Argerich, Nelson Freire or Shura Cherkassky, to name just a few.

Skolarski signed a recording contract with DUX. In 2012, the company released two albums with pieces by Rachmaninoff, Scriabin, Prokofiev, and piano miniatures (Bach-Siloti, Brahms, Chopin, Grieg, Medtner, Tchaikovsky, Tchaikovsky-Pabst, Rachmaninoff, Scriabin, Saint-Saëns/Godowsky). In 2012 his solo CD with Rachmaninov, Scriabin and Prokofiev was awarded by the international music critics – Diapason “5” Award and nomination for Fryderyk Award. His renditions of Prokofiev’s and Rachmaninov’s Sonatas are compared by critics to the legendary recordings by Sviatoslav Richter or Emil Gilels.

Skolarski teaches piano at the Fryderyk Chopin University of Music in Warsaw. His students are laureates or semi-finalists of international piano competitions, such as Busoni, Warsaw Chopin Competition, San Marino, Hannover Chopin Competition, or Yamaha Scholarship to name just a few. He teaches masterclasses all around the world. In addition, he has also served as a jury member of international piano competitions.  His interests include painting, poetry, psychology and philosophy.

We would like to recommend one of the most talented Polish pianists, Mr. Konrad Skolarski, born in Warsaw, in 1980. The pianist is known for his extraordinary technique and recognizable own style of interpretations, as well as for interesting and sophisticated piano repertoire. Recently he has performed the Polish premiere of Rodion Shchedtrin 1st Piano concerto with the National Polish Radio Symphony Orchestra in Katowice under the baton of Alexander Humala. In 2017 Konrad Skolarski gave recitals and masterclass in Buenos Aires, receiving enthusiastic reviews. In November 2017 Mr. Skolarski gave very successful tour in the United States, performing recitals in New York and Buffalo, as well as the 2nd Chopin piano concerto with Buffalo Philharmonic Orchestra under the baton of Maestra JoAnn Falletta. His performance of Chopin 2nd concerto there was acclaimed a "revelation" and a "hit" and was included in the CD of Buffalo Philharmonic Orchestra. Konrad Skolarski has been a student of world-famous pianist and pedagogue, Prof. Pavel Gililov, who says about the artists: "It is very seldom to hear a musician who can conjure up such lush, singing and richly shaded sound. (...)His lyrical-dramatic interpretations are very personal and one will remember and recognize them even from thousand other pianists." Mr. Skolarski has been also a student of legendary Prof. Peter Feuchtwanger in London, who has worked with many distinguished pianists, including Martha Argerich, Nelson Freire or Shura Cherkassky. In 2012 his solo CD with Rachmaninov, Scriabin and Prokofiew was awarded by the international music critics - Diapason "5" Award. Konrad Skolarski gave concerts in Germany (Klavierfestival Ruhr), Czech Republic, Spain, Serbia, Belgium, Switzerland, Turkey, Argentina, United States of America, Great Britain, Japan. After his recital at the 20th Ludwig van Beethoven Easter Festival in Warsaw MDR Figaro said: "He sounds like young Sviatoslav Richter". We highly recommend Mr. Konrad Skolarski as a concert pianist.

Polish pianist Konrad Skolarski (b. 1980) is a prizewinner in several international competitions and a former student of Pavel Gililov and Olga Rusina. His first CD, issued in 2005 on the Universal Poland label, was a collection of works by Chopin, Liszt, Rachmaninov and Prokofiev. If I can judge by the performances on this new CD on the Dux label, I would say Skolarski may well have a major career on the concert stage. The version of the Rachmaninov Second Sonata that Skolarski chooses is the original, from 1913, and while it is always good to have a fine recording of it, the revised rendition (1931) is the better of the two. The earlier version is seven or eight minutes longer and sometimes seems a bit padded with dispensable diversions. At any rate, both versions are worthy of attention, and this account of the original is excellent. Van Cliburn's scorching 1960 recording of it has been a benchmark, but now Skolarski, with a more lush and relaxed approach, offers nearly as compelling a performance, and in much better sound. Where Cliburn turns in a white-heat rendition in terrible sound reproduction from a live Moscow performance, Skolarski lets the lyrical sections gush with passion and rich Romanticism, the whole captured in excellent sonics by Dux engineers. Skolarski plays the faster music well too, and overall shows he has the full measure of this challenging work. In the three preludes from Op. 23 he is equally convincing. In #3 Skolarski's tempos are centrist and he tends to balance both a stately and melancholy sense to offer a splendid rendition of this fine piece. In #6 he phrases the music with senstivity in rich tones to deliver a meltingly beautiful account, while in #8 he turns up the passion with a restlessness in the accompanying runs, deftly imparting a youthful sort of longing. In the Elegy, #1 from the Op. 3 Morceaux de Fantasie, Skolarski paces the music very deliberately and comes across a little stiffly. Other pianists have offered more supple accounts, though Skolarski's effort here does effectively point up the darker, sadder elements here. The Scriabin Op. 28 Fantasy in B minor is filled with passion as Skolarski points up the Romantic side of the music. Some might complain his dynamics are tilted a bit to the loud side, but he makes a good case for his more epic approach. Skolarski's Prokofiev Second Sonata is well thought out, featuring wide-ranging dynamics and much subtle nuancing. Notice how his buildup in the first movement begins deliberately and with considerable restraint, and then so powerfully explodes at the climax. He adroitly conveys the humor and menace in the Scherzo, and his third movement Andante effectively captures the dark hypnotic character of the music while bringing out inner voices from the bass often suppressed in other performances. His finale is fleet, light and crisp, catching all the Prokofiev menace and wit to yield one of the finest accounts of this movement ever recorded. True,…

As a pedagogue, I try to remember that each and every student I meet on my way, is different. They differ not only in their degree of talent but, above all, each of them has a different genetic code, different temperament, and finally, each of these young people grew up in a different environment - the cultural aspect, upbringing and education play an extremely important role. I realize that it is a truism, but carefully observing education - and not only musical education - I often come to the conclusion that many educators treat people with different degrees of talent in the same way. It was Plato who already expressed his disapproval of this state of affairs, claiming that it is basically the biggest educational nightmare. Differences in sensitivity, including sensitivity to beauty, obviously translate into the color of sound. It was probably more aptly described by Nikolai Berdyaev, a great Russian philosopher who stated that the kind of being determines the kind of existence. And many Russian educators say that sound is essentially an extension of the soul. The personality, temperament of the student, the level of current education - first of all, general education, then musical - all this should be taken into account by the educator. Why did I not raise the issue of differences in the context of talent? I believe that talent is something that cannot be graded or differentiated. A student may be more or less gifted. Relatively often a young musician who plays skilfully and does not make mistakes, is hailed a “talent”. However, I think that a student may be more or less talented - then we talk about greater or lesser musicality, technical proficiency. However, a talented student is rarely found. This is confirmed even by the most eminent educators. True talent is passion, creativity, and a unique type of expression. Moreover, I dare say - though it may be an unpopular view these days - that talent is - in fact - a kind of disorder. It is a synthesis of opposites - most accurately reflected in the title of one of the novels by Bohumil Hrabal "Tender Barbarian". Thus, talent is - in a nutshell - a unique combination of sensitivity, delicacy and fragility mixed with the strength of character, will, and a strong personality. Such an unusual potpouri of characteristics and qualities must be accomplished ‘at the expense’ of other spheres of life. Therefore, a good educator should understand these aspects, a certain existential modus of a talented student, his or her ‘inequality’. The determinant of character and emotionality, temperament seems to be an important factor in this context. The development of a moderately-talented person - and the educators most often deal with those - usually proceeds in a far more balanced and, thus more predictable, way. In turn, the development of a talented person often resembles a sinusoid. The role of a good educator is to replace this sine wave or circle into a spiral. It was… 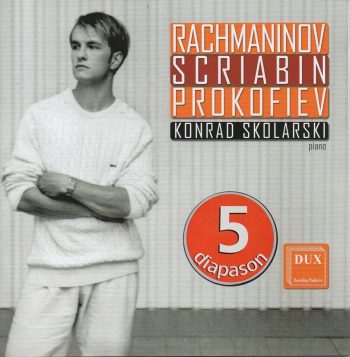 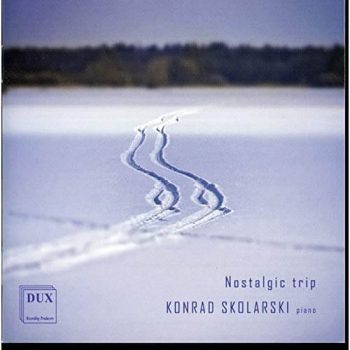 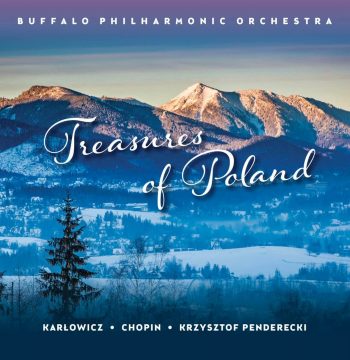 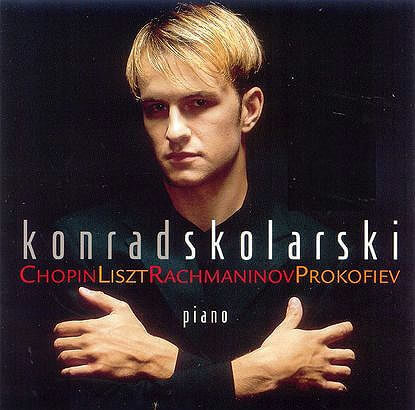 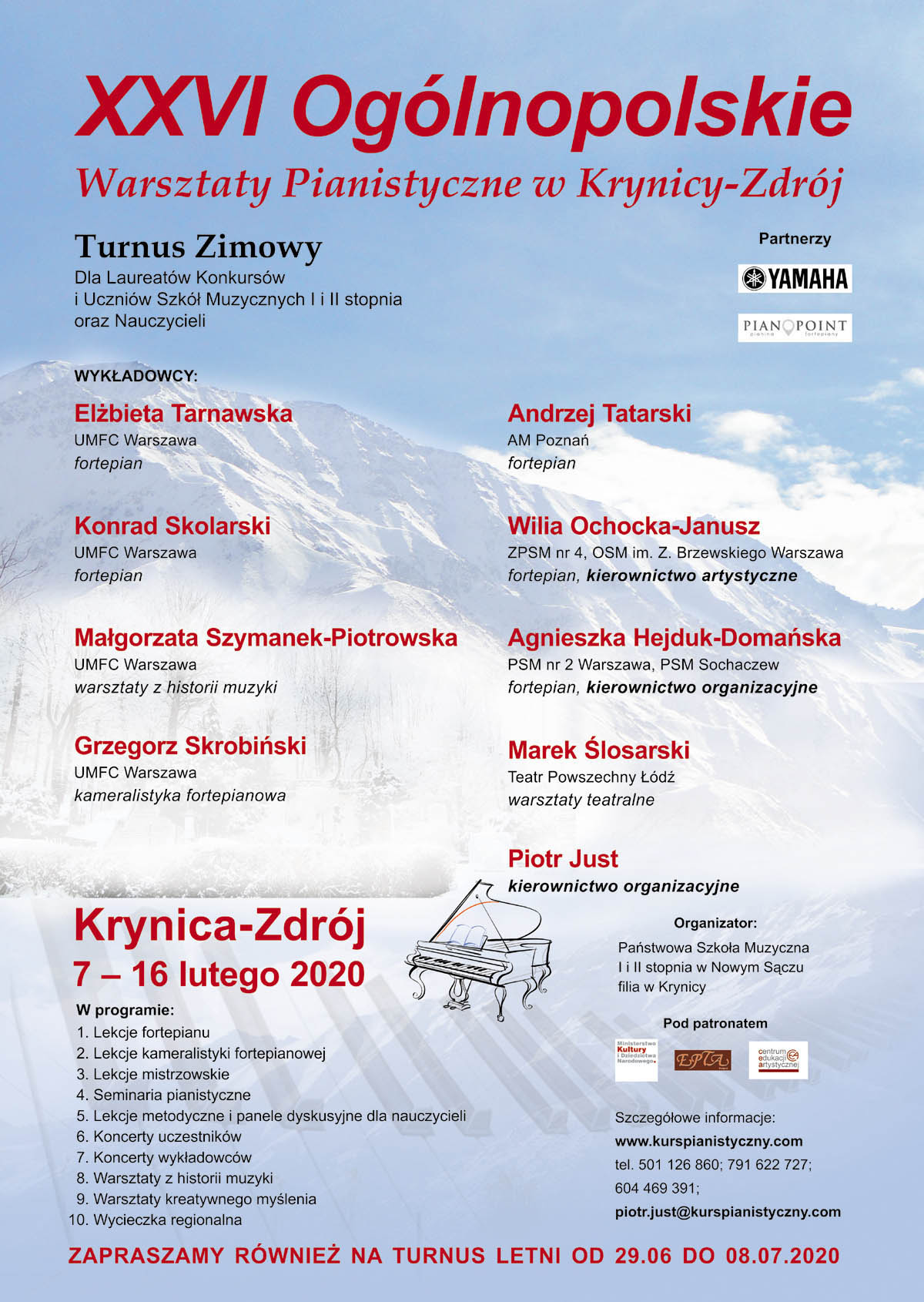 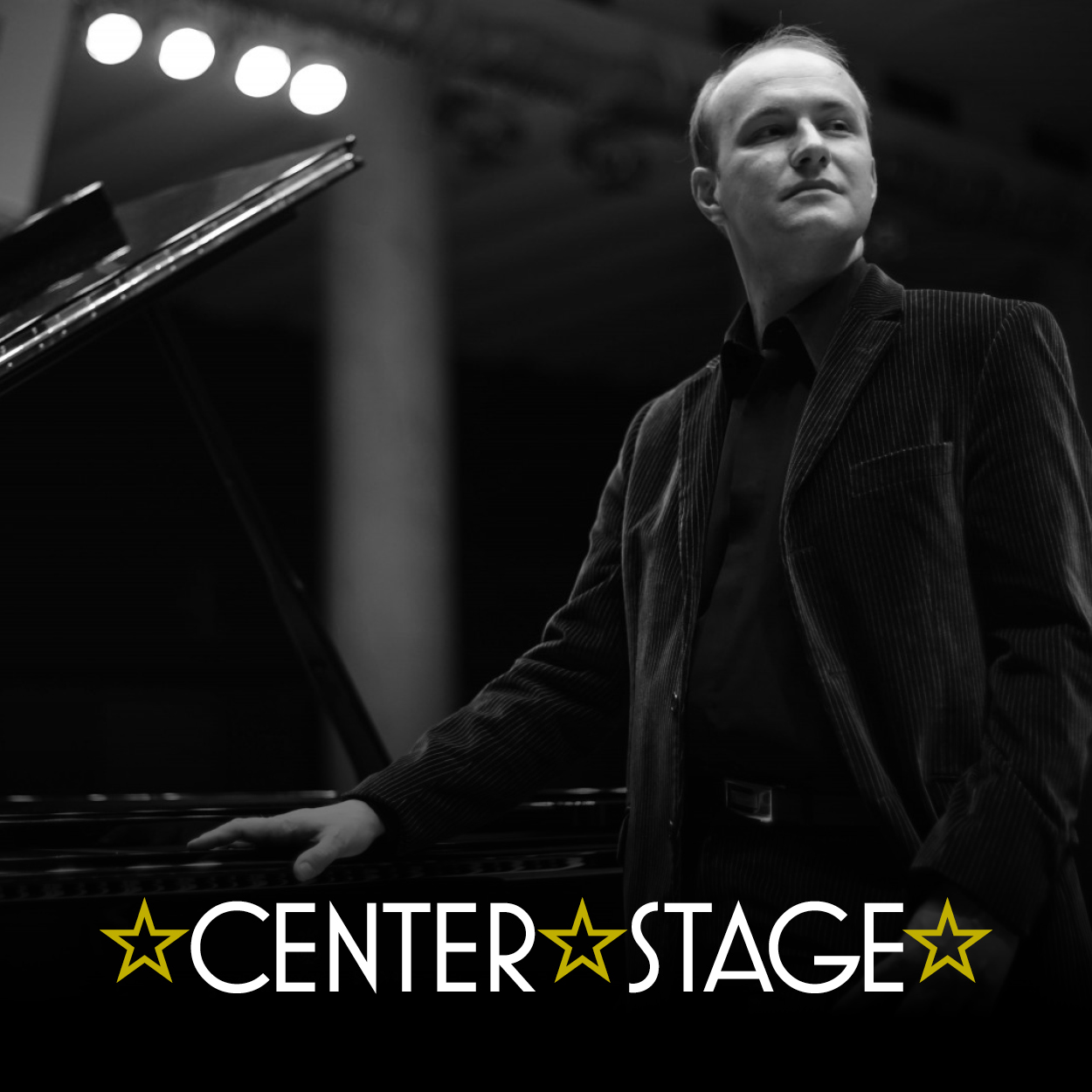 Konrad Skolarski in Recital - Kleinhans Music Hall “He is a world class musician with a distinct voice, astonishing technical… 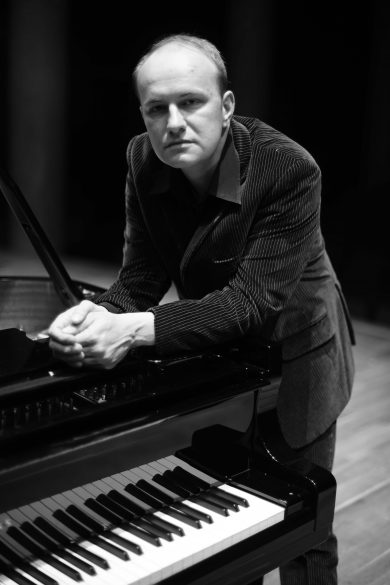 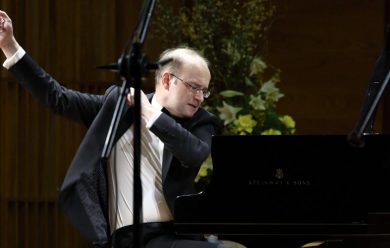